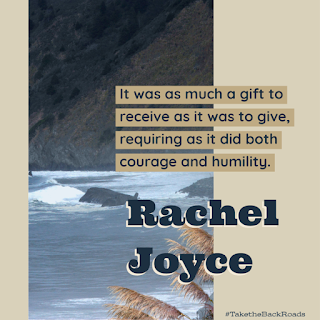 A few years ago, to celebrate the end of his US Army service (which included two deployments to Afghanistan) my oldest son decided he wanted to "drive across the country."

Fish rode his motorcycle to Fort Bragg North Carolina and the pair rode their bikes from Fort Bragg to Savannah to see our middle son, who was, at the time, stationed at Fort Stewart and then the two rode to Denver Colorado.

A few months later, my oldest son and I would complete the cross country trip by car, from Denver Colorado to Redwoods National Park in California.

The trip was an odd one for me.  My health had just caused me to retire and I wasn't feeling my best and for the first time, I wasn't "the adult" in the situation.

The trip involved a couple of really grueling drives, the first one was across the Extra-Terrestrial Highway and the second was California Highway 36.  They were also back to back drives.

It was on highway 36 that I ceased to be the adult and had to rely on my child.  Califonia highway 36 is twisty and I got incredibly car sick. I am very glad we were driving a rental.  My poor son had the joy of driving us down this highway, with me throwing up almost the entire way, and then he had to single-handedly put together our campsite and get dinner ready because I was worthless by that point.

I was reminded of the quote from The Unlikely Pilgrimage of Harold Fry, "It was as much of a gift to receive as it was to give, requiring as it did both courage and humility".  It was incredibly difficult to receive help from my son on that trip, but, I am so glad he was willing to do it because that trip is something that we will talk about forever.