Bird in the Window - A Dramatic Retelling 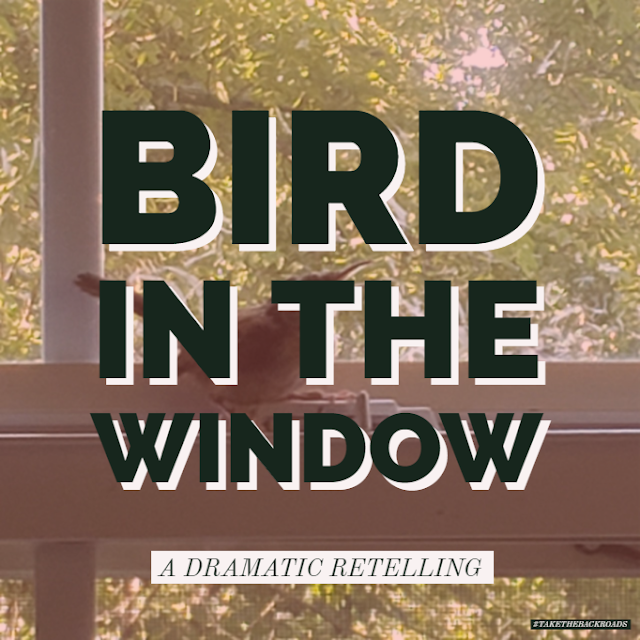 The recent storm we have had has caused havoc with the area birds.

With so many trees down, many have found themselves homeless and searching for new places to live.

For example, a wren (formally of the strawberry planter, I think) briefly thought about moving into our bathroom.

I say briefly because, as you may remember Henry, I have three cats.

Fortunately, my girls are far too chubby to be great hunters and I found the bird before anything bad could happen.

The next ten minutes or so was quite the adventure, as I, standing in my bathtub, attempted to open the window next to the bird and quickly remove the screen (snort, screens never come of windows easily), all without any fatalities.

It was very loud.

Ziggy, attracted by the yowling of the girls and the squawking of the bird, added his own brand of mischief by encroaching into the girl's space, sandwiching them between the bird and himself, and then barking at them all.

It seemed like an eternity before I got the window screen out and allowed the wren to escape.  No one died and nothing got broken, so I am counting this as a win.

Of course, I couldn't get the screen back into the window.  I left that problem for Fish.