Agave Aboard! A Trip on the Jose Cuervo Express 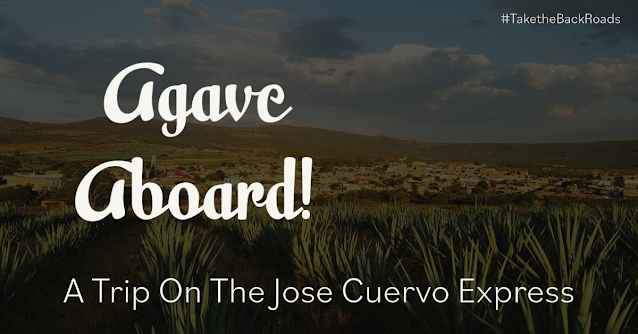 Dear Henry,
Have you ever heard of the "Tequila Train"?  I have just recently discovered this epic journey and have now added this journey to my bucket list of adventures.
Tequila is a distilled liquor that must be produced specifically by the blue agave plant and in the Jalisco state of Mexico. It is not mezcal,  which can be produced from other types of agave plants and can be found locally produced throughout Mexico, although most commercial mezcal comes from the state of Oaxaca.
While mezcal has been produced by the indigenous people of the Mexican region since the very earliest times of their civilizations, it was the Spanish Conquistadors, who, after running out of their own stocks of brandy and decided to give the local "mezcal wine" a try, that put the beverage on the world map.  Around 1600, the Marquis of Altamira, Don Pedro Sanchez de Tagle opened the first commercial distillery and created, really, the first distilled liquor of the Americas.
Mexico is (and should be) fiercely proud of its national beverage. The term tequila can only be used for the product distilled from the blue agave in the state of Jalisco Mexico and its distillation, bottling, and export are rigidly controlled. It is also, oddly enough, one of the few alcohols I haven't developed an allergy to, which is a good thing because Tequila happens to be my personal favorite. 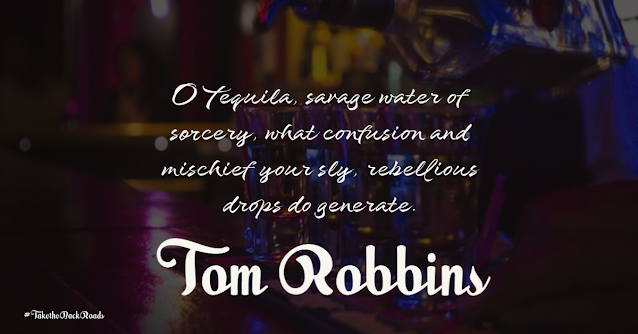 Recently, while looking for "Post-COVID" adventures I stumbled upon the "Tequila Train" and let's just say that, given my love for tequila, Mexican food, and the beauty of Mexico itself, I've started another travel piggy bank specifically for this journey.
The Jose Cuervo Express is an "old-timey" type luxury train that picks you up from Guadalajara Mexico and takes you to the historical town of Tequila, which was declared a UNESCO World Heritage site in 2006. During the journey, you will be treated with lessons on how to savor tequila (who couldn't use a refresher course such as this?) along with a history lesson about the beverage and its importance to Mexican heritage. Once you arrive in Tequila, you get a tour of the Mundo Cuervo facilities and get to see the harvesting process. It goes without saying, there will be a lot of tequila tasting on this trip.
Fortunately, there are several, very luxurious, hotels in the area to lie down in after you've had too many tequila samples.
Currently, the Cuervo Mundo facilities and the amenities in the town of Tequila are operating at a reduced capacity because of the pandemic, but I suspect, as the vaccine becomes more widely available this will change and, I suspect, as everyone gets vaccinated, they are going to want to go out for a drink.
I think I will take the tequila train to get mine.
xoxo a.d. elliott
Adventures Bucket List Trips Mexico
Location: Tequila, Jalisco, Mexico