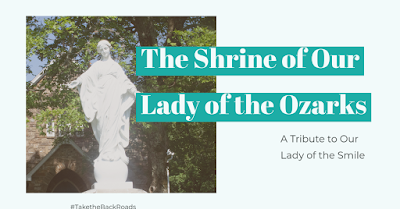 I decided to go for another day trip pilgrimage, this time to the Shrine of Our Lady of the Ozarks in Winslow Arkansas.

The shrine is located alongside Highway 71 near the top of Mount Gaylor.  The parish began in the early 1940s after two women Ann Gulliott and Elizabeth Sublett, tired of traveling to either Fort Smith or Fayetteville Arkansas for mass, petitioned to establish a parish for the rural area of the Boston mountains. The building site was offered to the diocese by Clara Muxen, a retired nun and teacher after she had raised the money to purchase an abandoned gas station. 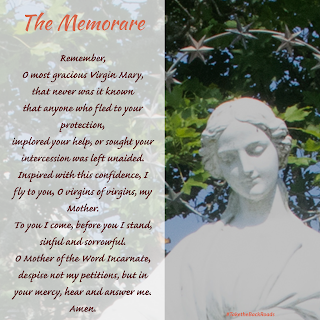 The first mass of the new parish was said on October 25, 1942, by Father Lawrence Schaefer, who traveled in from St. Joseph's parish Tontitown Arkansas.  The church itself wouldn't be built until 1945, with its official dedication by Bishop John Morris occurring on August 25, 1946, although the parish's first resident priest, Father Francis Matkin, arrived in January 1944.

The Smile of our Lady happened on May 10, 1883, when a very young and very ill St. Therese of Lisieux saw a beloved statue of the Immaculata appear to smile at her.  She began to get well immediately. 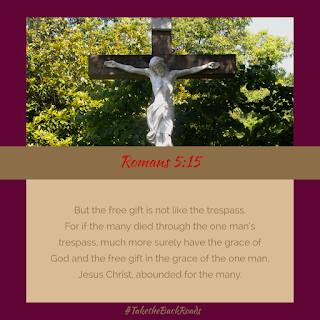 The grounds were so peaceful, despite being so near a highway and the statue was amazing.  Our Lady of the Ozarks is BRILLIANT in the sun.  She reflected so much light that she shimmers and glows in the photographs.

My very good friend Betty (whose patron saint, coincidently, is St. Therese of Lisieux) always tells me that the Light of the Lord comes through Mary.  This statue was a beautiful representation of that thought, she is only reflecting the light of the sun, and she is blinding because of it.