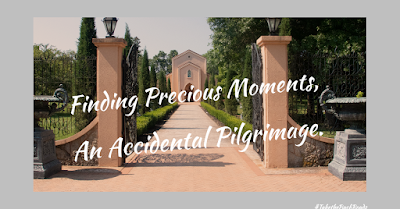 Have you ever heard of the little porcelain figurines called Precious Moments?

The other day, while looking for a road trip that I could actually tackle with all of the current COVID restrictions, I stumbled across information about the Precious Moments Chapel a mere hour away.

I really wasn't sure what that was, but it sounded interesting.

I had vague memories of Precious Moments, the doe-eyed figurines that were really popular in the 80s and I had somehow connected these figurines with the overdone 80s style, floofy weddings, and expected this road trip to be an adventure in kitsch and nostalgia.  I even qued the Wedding Singer soundtrack up for the drive there.

I was so wrong. 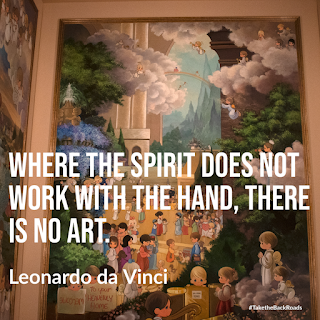 The Precious Moments figurines are designed by the artist Samuel J. Butcher and while, yes, the enjoyed a period of immense popularity during the 1980s, they aren't trivial and floofy.  The figurines are angels and the chapel he built is a prayer and I ended up going on an accidental pilgrimage.

Michelangelo's religious paintings inspired Mr. Butcher and the church (roughly) follows the layout and design of the Sistine Chapel, with a beautiful walkway leading up to it, complete with fountains and child-sized precious memories figurines.

The walls of the chapel are adorned with Mr. Butchers's hand-painted biblical scenes (creation, the miracles of Jesus, the Prophets of the Bible).  There are (his) hand-carved wooden doors and stained glass windows (the Beatitudes one side, the Psalms on the other), and a multitude of angel faces on the ceiling, including one which remains unfinished.

The highlight of the main chapel is the three panels called Hallelujah Square.  Within these panels are angels representing the people he knew and loved, those who asked for his prayers, and who those who are now, angels. 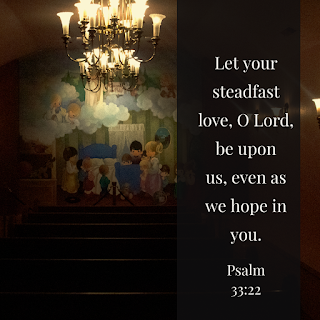 Because my own art has such a strong spiritual component and because so much of my own creative energy comes from a well of grief and pain, the effect this piece was staggering.

I wish I wasn't a sap who cried so much, I always feel so silly when I do it in public.

Of course, like all churches, there is more than just the main building and sides.  There are a couple of prayer rooms.  One contains letters and sketches.

The other is a memorial room to his eldest son Philip, who died of a car accident in 1991.

His painted prayer for/to his son is beautiful. It took my breath away.

I was very sad that Timmy's Tower, the bell tower created in honor of his third son, who died suddenly in 2012, was closed.

The effect of this place on me was profound and I feel like the chapel should become a site of pilgrimage for all artists, particularly an artist who calls upon their spirituality to create.

I had to try and come up with a completely different playlist for the drive home.  The Wedding Singer soundtrack no longer felt appropriate.