Who is a Hoo Hoo? 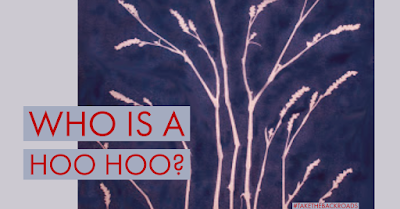 Occasionally you stumble across something that instantly grabs your attention.

For example, a secret society called The International Concatenated Order of the Hoo-Hoo, Incorporated grabbed my attention and I just had to ask, Who is a Hoo-Hoo?

The term Hoo-Hoo was created by B. Arthur Johnson, an editor for the Timberman. He used the term to describe a single bit of hair, twisted and oiled to a point on top of the (mostly) bald head of Charles McCarer.

The term then spread throughout the lumber industry to describe anything weird and unusual.

B. Arthur Johnson, William Eddy Barnes, George Washington Schwartz, A Strauss, George Kimball Smith, and William Starr Mitchell would later use the term to create a "secret" society in 1892.

The Concatenated Order of the Hoo-Hoo was established in Gurdon Arkansas with the purpose of fostering the health, happiness, and long life of its members. The order has, from the beginning, embraced the unusual, taking names and imagery from Lewis Carrols "The Hunting of the Snark".
Its membership is open to anyone 18 years and older and who work within the lumber and forestry industries.  There are currently over 100,000 members across the world.

I need to take a road trip down to the order's museum and monument in Gurdon Arkansas.  Stay tuned for pictures.