A Road Trip In the Rain 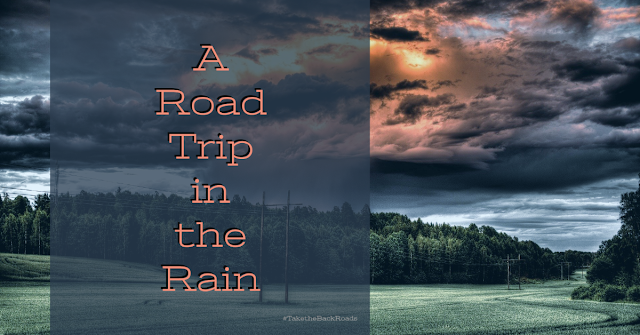 I get to work from home (which I love) - but it is nice to get away from home.

But even then, sometimes getting out of the house isn't a rest. Because I am generally with Fish and sometimes it is really nice to be ALONE - which is impossible at home, I have far too many animals (3 cats, 1 dog).

So I decided to head out to Lake Hamilton Arkansas for an "evening away" (planned before we knew of the upcoming storm system), and catch some early morning "sunrise over the Quitchitas and/or Lake Hamilton" photographs on the way back (and maybe sneak in a spa treatment, Hot Springs has wonderful spas).

But this Spring has had some erratic and powerful storms.

I wasn't too worried when I left, I checked the radar on the map and was positive I was going to be between the two bands of storms the entire time  - and here you thought I was being irresponsible for leaving during last nights weather activities.

And really, I was right, I stayed between the two bands the entire time.

However, it turned out to be a very rumbly evening and not one to be out and about walking.

The rain stopped very early this morning and the silence woke me up and rather than trying to toss and turn I decided to just roll out.  Sunrise did not happen until Fort Smith - which is a lovely city -  but I wasn't going to pull over for a picture of it.

However, I did get a lot of contemplation and alone time.