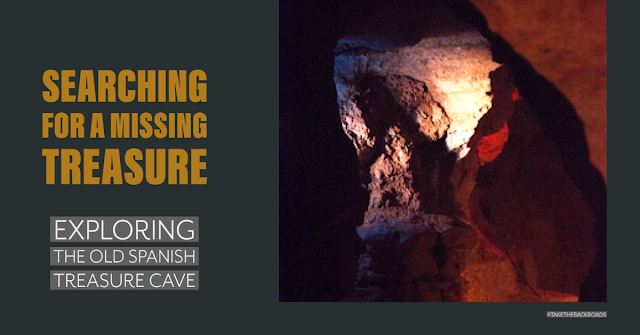 Dear Henry,
Northwest Arkansas is full of bluffs and caves, so today we went spelunking. Well, not really spelunking, but we did explore the Old Spanish Treasure Cave in Gravette/Sulphur Springs Arkansas.
This cave has a story.
Back in the late 1600s/ early 1700s, when the Spanish Conquistadors were wandering through the area and disrupting the Native Americans with their pillaging and warmongering, the Conquistadors stayed at this cave and stored the treasures they had stolen deep inside.
Because this cave has a chimney, the smoke from the Conquistador's cooking fires was seen and the Native American tribe in the area (either Osage or Quapaw) surrounded the cave and returned the pillaging/warmongering.
Of course, no one knows what happened to the treasure.
The cave is really a pretty cool little cave and has some really interesting features, included a "heart", and, as the cave stays at about 60 degrees, it was a wonderful place to cool off during the Summer.  It's definitely worth a tour.
xoxo a.d.
Adventures Arkansas Road Trip
Location: 14290 AR-59, Sulphur Springs, AR 72768, USA