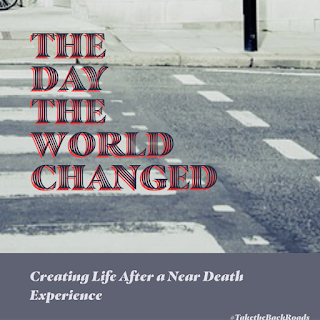 Do you ever struggle with those things that won't ever go away, no matter how much you hope, rehabilitate, pray, etc?

Have you ever wished that those challenges would remain invisible?

Unfortunately, skeletons have a way of falling out of closets, and sometimes, injuries leave tremendous scars.

Age also seems to draw a spotlight to imperfections, half-healed wounds and age also seem to open the proverbial door to the skeleton's closet.

It's a sad story, bear with me.

Shortly before noon on March 25, 1998, a man, struggling with amphetamine withdrawals committed an armed robbery of a small convenience store, and, driving a stolen car, sped away,  followed by police, who were desperately trying to keep the situation low-speed, while they tried to lure/corral/guide this guy someplace they could apprehend him safely.

I happened to cross the street right then. 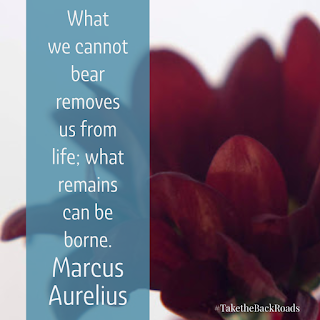 From the reports I've read, I was struck by the stolen car when it was traveling between 35 and 40 MPH, I was thrown up into the windshield of the car and then, when the car decelerated, I was thrown 20 to 30 feet.

Both bones in my lower left leg crumbled at the site of impact and my left leg was swelling to the point it was cutting off circulation. There was impact trauma to my left hip and when my upper torso struck the hood, pushing my left elbow and shoulder into the windshield, the left side of my rib cage was pressed inward and the top seven ribs detached from my spine.  I was very lucky my rib cage did not collapse entirely.

The initial prognosis was that I wouldn't survive the night.  I did. I eventually recovered.

There were several surgeries along the way and during one, the surgeons removed almost all of my left iliac crest (the rounded part of your hip bone) and used that bone to rebuild the bones my lower left leg.

It was a long, slow rehabilitation process, much of it on crutches, and, while in the midst of it, my husband and I were surprised with the pregnancy of my youngest son, which, as you can imagine, didn't go well. However, after a very short but medically eventful 26 weeks, Fish and I received a wonderful 2lb baby boy, who, after a few months in NICU, appears to be none the worse for wear (he's 20 now).

I was able to return to work and for many years I was able to have a full career and a busy life, (I even ran five half marathons). But I was living on borrowed time and energy and eventually, the damage the accident caused caught up with me.

The injuries have left me with quite a bit of weakness, muscle atrophy, and nerve damage to the left side of my body.  I had adopted a posture that highly favored my left side and caused me to swing my weight to the right and after many years of pushing myself this way, my body rebelled.

Fortunately, I loved to write and take photographs and had been doing both "on the side" when I had to formally "retire" from corporate life at the ripe, old age of 44.

Now, I get to live the dream, working from home as an artist and writer and I am very blessed but, I do have to make allowances for my health.

I have a bit of a limp, which gets more pronounced as I get tired and my left arm is very weak. Trekking poles have helped me tremendously and still allow me to hike.  But I tend to tire easily, take a lot of naps, and consider anything past 7pm a "late-night".

While sometimes, it is easy to let this drag me down, I am grateful I survived the accident and, though I may struggle some days, I am still very happy to be here.