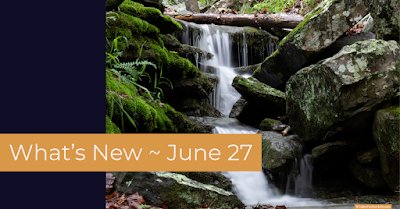 I had big plans on Monday and was full of all sorts of ideas.  The list was huge and I was sure I had enough energy to conquer it all.

And, I probably did have enough energy, but I had so many flowers bloom and, well, let's just say that the list of images that need to make it to the shop is growing larger by the minute. 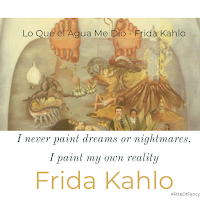 Speaking of the shop, you should stop by and check out all of the new coffee mugs and other kitchen accessories that have recently been created.

Despite the distractions, I did get a couple of "big" projects done.  I  finished a post about how I manage pain and PTSD called "Finding Beauty in the Dark - Does Pain Have to Be Ugly?".

It is in this post that I talk about the beauty of water, and how much it has taught me, and, like the great Frida Kahlo did with her self-portraits, I discovered a way to both express my tears and make them beautiful through the photography of flowing water. 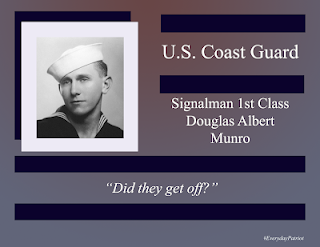 I also discovered and wrote about a service member that has largely flown under the radar.

Signalman 1st Class Douglas Munro enlisted in the US Coast Guard in response to the threat of WWII.  He would assist with troop transport and communications during the Guadalcanal campaign.

He died while earning a Congressional Medal of Honor and remains, to date, the only member of the Coast Guard to have been awarded the medal. 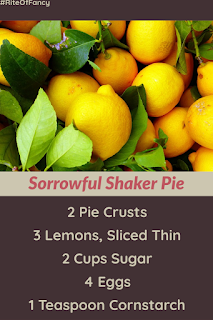 I wrote about a pie I made in the post called"The Taste of Disappointment". The pie looked so pretty when I took it out of the oven and  I wanted to like it, I did and I don't think it was the pie's fault.

I just really didn't like the taste of lemon peel.

While waiting for the pie, I slowed me down enough to get in a book review.

The Other Einstein by Marie Benedict is a fictionalized account of Albert Einstein's first marriage.  He doesn't look well at the end of this one, but then, we all know about the marriage contract he tried to make with his first wife.

Until next week, my friend!