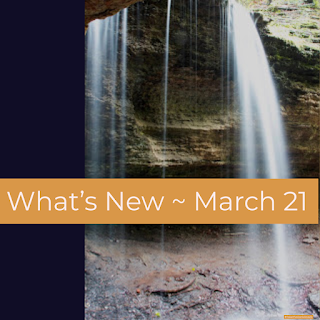 This week has been particularly crazy. There is a respiratory virus going around, COVID 19, that is particularly malignant, especially to those who are very old, very young, or have compromised immune systems.

While most of us will feel like we have a bad cold, there are enough people at risk, that if everyone caught this thing at one time, the hospitals wouldn't be able to handle it, so everyone has been asked to stay home and try not to get each other sick.  The theory makes sense and I have been trying to oblige.

What hasn't made sense to me at all is the mass panic/chaos/hoarding that has occurred. We live in an era with superior home delivery options and huge warehouses nationwide and so this need to desiccate the stores has astounded me. It isn't necessary and I wish people would stop.

I also wish people would stop panicking.  The other day, a woman recounted her experience shopping, in a full face mask and gloves.  She insisted she was calling child protective services about a woman who was shopping with her two children and I discovered myself thinking about Edgar Allen Poe's Masque of the Red Death. 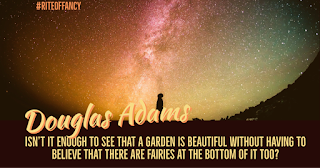 Which I won't review at this time.

Instead, I would like to recommend a book to those who are feeling overwhelmed by the situation.

The Hitchhiker's Guide to the Galaxy is a large tomb, full of nonsense, and mentions the words "Don't Panic" several (hundred?) times throughout the story.  It is a great book for a time when you need a bit of the ridiculous. 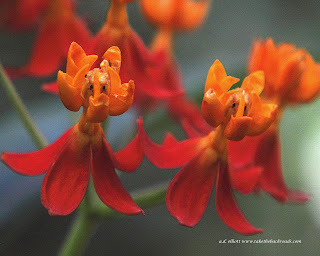 Despite the suggestion to stay home - which really wasn't a change for me - and my Lenten plans to cure myself of resentment through physical labor, I didn't do any work outside this week at all.

You see, I have a tendency to overdo, which I seem to have done the week before. When I overdo,  I feel horrible and  I *love* to wallow and spend a great deal of time resenting the accident when I feel horrible, which is really an absurd habit and one that I am working on.

Especially since the accident had nothing to do with why I felt terrible.  The reason I felt terrible is that I jumped into 3+ hours of daily gardening after spending the winter eating cheesecake. 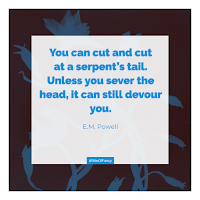 Because I was laying around, I did get quite a bit of reading in and finished the reviews of a couple of books posted at www.riteoffancy.com

The first, E.M. Powell's The Fifth Knight, is set in England during the reign of Henry II.  It is full of murder and mayhem, with a little bit of a romance and a bit of liberty with historical accuracy.

Still, it was a great deal of fun.

The second book of the week, The Battle of Hillsboro by Jesse S. Smith is also full of murder and mayhem, of the homegrown domestic terrorist variety.

It doesn't end happily, so I wouldn't recommend using the book as a manifesto or guide of any kind

Uprisings and chaos seemed to be the mood of the week and both books were fun ways to explore that. 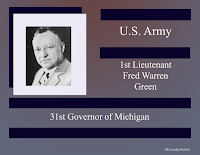 Speaking of murder, mayhem, and domestic terrorism, that is what this week's military veteran had to face.

While 1st Lieutenant Green's service during the Spanish American war was rather uneventful, he would face real challenges during his tenure as the 31st Governor of Michigan, after the Bombing of Bath School killed 44 people.

Stop by www.everydaypatriot.com for the full bio.


Next week, the forecast is beautiful, my plants will be able to go outside, and the temperatures will be rising into the 70s. It will be the perfect week to accomplish something in the garden and explore Shakespeare.

Perhaps I will even tackle the backlog of images that need editing and expose a cyanotype or two.

Of course, I don't want to overdo it again :)