Row, Row, Row, Your Board - Paddling Across the Pacific 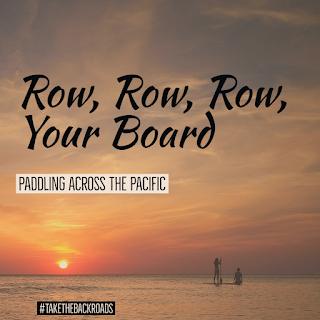 How long do you think it would take someone to paddle across the Pacific Ocean, from California to Hawaii?

I don't know about you or me but it only took Antonio de la Rosa about 76 days.

This isn't your everyday SUP. The Ocean Defender is a prototype vessel that is 24 feet long, with an open middle deck and a 65-pound central fin that keeps the craft stable.   The back of the craft is enclosed for sleeping and for gear storage, while the front of the craft houses a state of the art electrical system and a GPS system.  The entire vessel is very cool and looks like something Captain Nemo would design.

In a completely unsupported journey, Mr. de la Rosa paddled about 10 hours a day and survived on dehydrated food and the occasional fish, and while he was able to get some sleep every night, he had to wake hourly to check his bearings and make sure he hadn't drifted off course.  He said the hardest part of the 2,500ish miles was getting through the coastal waters of California and Hawaii.

I don't know about you Henry, but my arms got tired just reading about the journey.