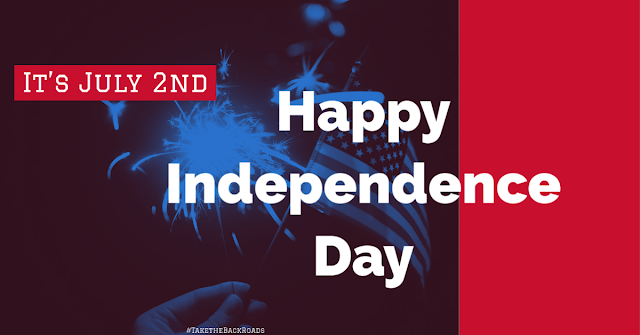 No really, it should be today.

The Continental Congress began seriously discussing independence in May of 1776 - more than a year after the first armed resistance to the British crown - and in June 1776 the rough draft of the Declaration of Independence was being written and discussed.

The Declaration of Independence was put before the Continental Congress for debate on June 28, 1776, and on July 2, 1776, the resolution to adopt the Declaration was passed with an almost unanimous vote - the New York colony representatives abstained.

John Adams was sure, according to the letter he had written home, that July 2, 1776, would go down in history as the monumental day of independence, instead, it was July 4, 1776, the date when Thomas Jefferson finished the final edits on the document.

Another potential "Independence" day could also be July 6, 1776, the first time the document was read to the public, or perhaps we could celebrate August 2, 1776, the signing date of the Declaration.

We could also, celebrate April 19, which would commemorate the 1775 first shot fired during the War for Independence.  Or perhaps November 25, which would memorialize the final 1783 shot of the war.

I don't know why July 4 was picked as the day to celebrate, but it was celebrated on this date very early in our country's.  The first July 4th artillery salute took place in 1777 and it has been celebrated on the 4th ever since.