Profitable Parallel Parking - The History of the Parking Meter 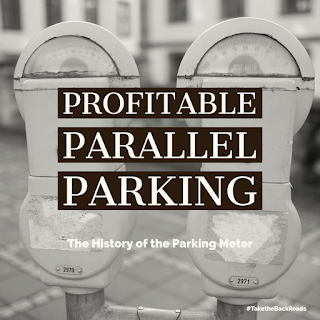 How do you want your name to be remembered for posterity? As an artist?  As a politician?

Mr. Magee was a New Mexican journalist who first founded the Magee Independent in 1922 (which would become the New Mexico State Tribune and then the Alburquerque Tribune) where he broke the news of the Teapot Dome Scandal.

Later, when accosted by a judge who he had accused of corruption, he retaliated by drawing a pistol and killing a bystander.  He was later acquitted of manslaughter.

He isn't known, really, for any of this. He is known for the invention that follows.

When Mr. Magee founded his Oklahoma City newspaper, he also joined the Chamber of Commerce.  There, he was tasked to create a solution to the congested, downtown, traffic.

He eventually came up with the Park-o-Meter, which, used a clock mechanism, and required hourly winding with coins.  The first Park-o-Meter was installed on the corner of First Street and Robinson Avenue in July of 1935.

Yes, yes, Carl C. Magee is the man who brought you the forest of parking meters scattered throughout cities today.

I wonder, given the many curses he has received since then if he would have preferred to remain anonymous.