A MOSAiC of Climate Observations 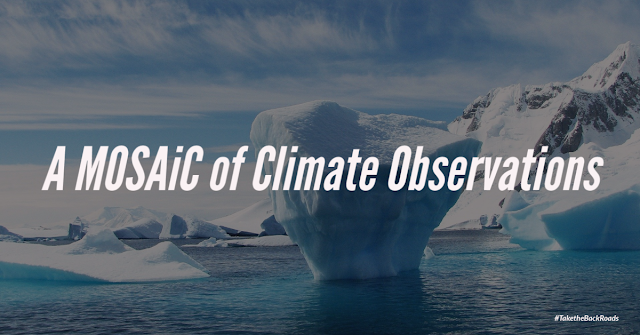 In September a curious science mission will begin.

This fall, a German icebreaker named Polarstern will leave Norway, filled will 600 researchers and other personnel, and position itself deep into the Arctic and allow itself to freeze into the polar ice.

For the next year, researchers will be "adrift" amongst the currents of the sea ice.

The study is called MOSAiC (Multidisciplinary drifting Observatory for the Study of Arctic Climate) and is a 17 country collaboration and will contain multiple scientific studies.

The goal is to try and pinpoint the cause, the true rate, and, hopefully, a way to correct the reduction in Arctic ice. The study also looks to put in place a monitoring system, so that future studies will not require such an extreme study again.

While I can't imagine how difficult it is going to be, cramped on a boat and freezing, I can imagine their discoveries are going to be thrilling.

I can hardly wait for the updates - and the pictures.