Stepping Down From a Crown - The Cost of King Edward's Love 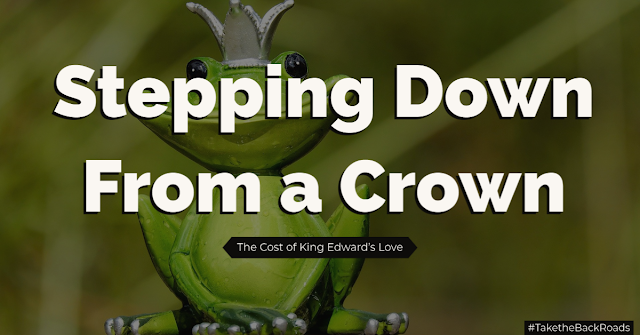 What would you give up for someone you loved?

Today is the anniversary of the Duke of Windsor's, formerly King Edward VIII, wedding to Wallis Simpson, twice-divorced American socialite*.

Because of conflicts between Wallis Simpson's divorced status, Edwards responsibilities as head of the Church of England, and Ms. Simpson's general "unsuitability" as an English Queen, King Edward VIII decided to give up his throne and to become plain old Edward, Duke of Windsor, abdicating his crown to his brother, George VI (Queen Elizabeth's Father).

I have heard it wasn't the happiest of marriages and that the two had very different temperaments. Which was a shame, because, after a sacrifice like Edward's, marital bliss should be assured.

*As a side note, how does one get the job of a socialite?  I would like to apply.
Email Post
Labels: Odd Facts