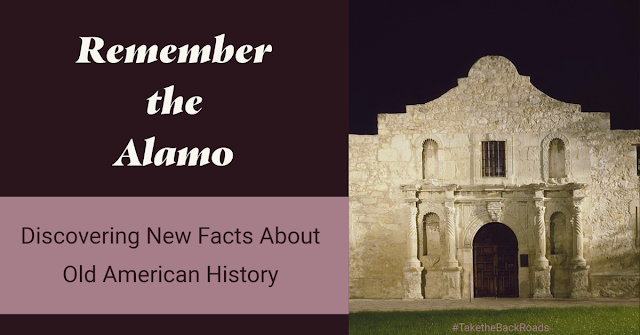 Do you remember the Alamo?

Although not a Texian, I had thought I knew the story - the brave but failed attempt by some of the leading frontiersmen of the day to hold a fort in Texas from the Mexican Army, being led by the great General Santa Ana.

Over the weekend, I did learn a bit more about it and discovered a couple of facts I didn't know.

The first, the Alamo was never supposed to happen.  General Sam Houston knew that the Alamo couldn't be defended.  He had sent Colonel Jim Bowie, with a team of 30 men to remove the artillery and personnel from the fort.  Instead, Colonel Bowie, after listening to the arguments of the soldiers within the fort, chose to stay and try and defend it, unable to surrender the fort without a fight.  Other reinforcements arrived and fought and died with this same idea.

The other fact I hadn't realized is that Colonel Bowie didn't actually get to fight in the Alamo's defense.  When one thinks of Jim Bowie, one imagines a very tall, very large, very tough man, with a very very long knife. All of those things were true, but, Colonel Bowie also got very sick before the battle began.  He had a raging fever and what sounds like a dysentery type infection.

While he didn't have the strength to defend the walls, he didn't die quietly in his a sickbed.  It took quite a few members of the Mexican army to subdue him.