For the Love of Bats - Fighting White Nose Syndrome 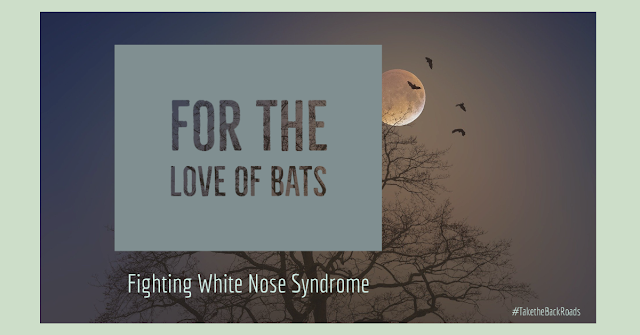 I know everyone thinks they are scary, but they are cute in a "Nightmare Before Christmas" kind of way, and I relate to that kind of cute.

Plus, bats are great mosquito eaters.

Lately, there has been a fungal infection destroying bat colonies across the country.  The fungus called Pseudogymnoascus destructans irritates the skin of the bats, awakening them during their winter hibernations. Drawing the bats out of hibernation causes them to use resources they don't have and many end up starving to death before Spring. White Nose Syndrome is considered to be the worst wildlife disease in the current time.

And I have a cave (read hole in the rock) with a small colony of bats near me - so of course, these are now "my" bats and they are at risk.

Fortunately, there is some good news.  Scientists have developed a vaccine and while it isn't 100 percent effective, it seems to give the bats a better chance fending off the effects of the fungus.

I hope the vaccine becomes available quickly and I can get "my" bats protected.