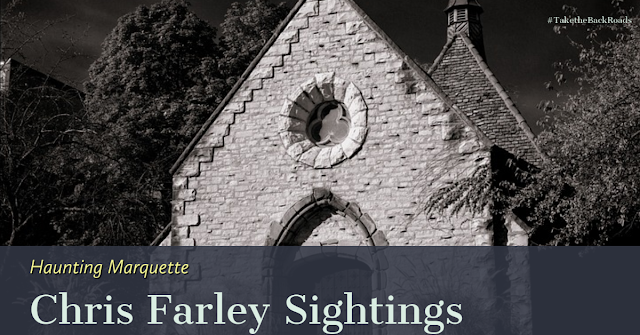 The late Chris Farley was one of my secret celebrity crushes and I still keep an ear out for any celebrity gossip about him.

A&E had created a biography about Chris Farley and within it, there was a tidbit about Mr. Farley I didn't know.

He apparently has some love for his alma mater and has been known to haunt the dorms and knocks things about during his movies, particularly Tommy Boy.

and I really can see him doing this.....