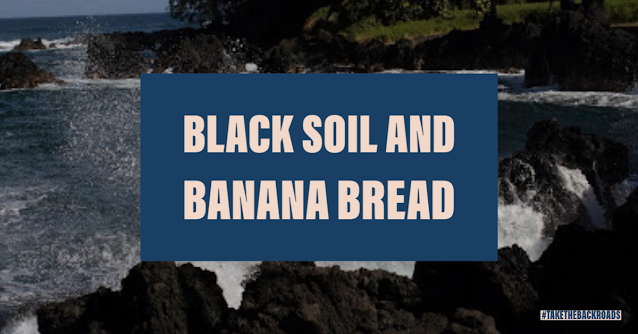 On the road to Maui's town Hana, you will pass the Keanae Peninsula, which is a lush green area jutting into the Pacific Ocean.

Taro farming is the primary industry here and is one of the staple crops for the Hawaiian Islands.  According to legend though, the Keanae Peninsula wasn't always so green.

Like all of the Hawaiian islands, the peninsula is made of lava rock and, in ancient times, a chief, wanting his tribe to be the most productive and wealthiest, had all of his villagers hike into the areas above the peninsula and bring back the soil.

Eventually, enough was brought back to create an incredibly fertile farming region.

I don't know if this is true, but it does make a good story, and the Keanae Peninsula is beautifully green and contains many farms.

The banana bread is pretty good too.