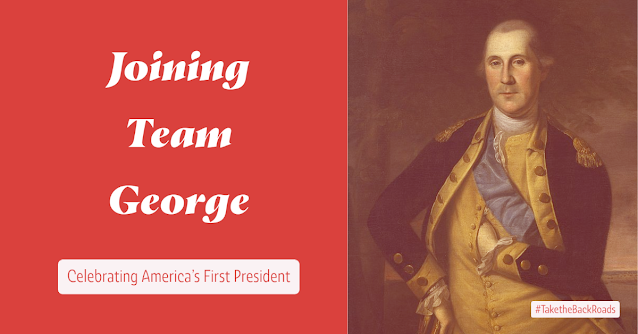 Dear Henry,
Of all the Founding Fathers, George Washington is perhaps the easiest to like.

When reading about the Revolutionary War during school, I think we all got a picture of a rather civilized bit of fighting between the U.S. and Great Britain.

The movie, The Patriot, while showing a bit more of the blood and gore, still managed to make the war look relatively benign, outside of a few battles.

The reality was much different, and the entire conflict (8 years!) was plagued with loss, illness, and starvation.  There was no money and oftentimes, American colonists didn't care who was in charge, they just wanted to farm and prosper.  Throughout the entire war, U.S. troops were unpaid, unclothed, and unfed.  I am always amazed that American independence was achieved, as revolutions generally fail, even if they well supplied, and the American Revolution was far from well supplied.

What largely held the Continental Army together was the charisma of George Washington. Although history reveals that he was not the military genius most assume he was, George Washington had something else, something that was even more important and that was his ability to inspire almost anyone. His ability to inspire was so great, he managed to hold together a starving, threadbare bunch of men until British withdrawal. He also fought Congress for years on behalf of the troops (both before, during, and after the war) and he truly cared about the men he served with. You can feel George Washington's regard for his troops in his Newburgh Address, his farewell to the troops at the end of the war.

While George Washington wasn't perfect, he (of all the Founding Fathers) seemed the most aware of his flaws and he actively worked on mitigating his flaws, including a lifelong adherence to his "Rules of Civility", which were based upon a guidebook the French Jesuit Priests assembled around 1600.

All in all, George Washington was a good first general, first president, and de facto "Father" of the United States.

I just wish they had used the Peale portrait rather than the Constable-Hamilton portrait on the currency.