Eels Versus Seals: It's Snot What You Think 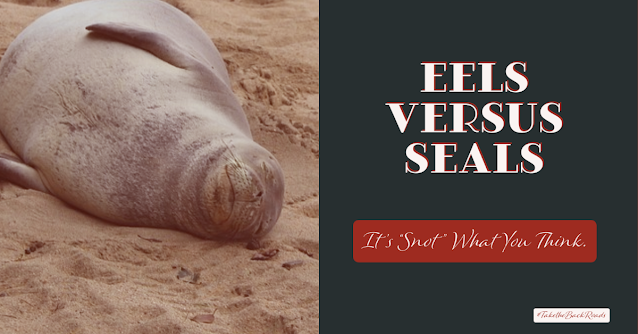 There is a new "Tide Pod Challenge" in town.  Only this time, it isn't American teenagers participating.

The latest teenager antics appear to be coming from an unusual source - the Hawaiian Monk Seal.  Somehow (scientists aren't sure how the seals are managing to do this, as they are sans hands) the seals are sticking eels up their noses.

Why?  Again, no one knows for sure, but scientists suspect it to be teenage antics of the animal kingdom.

And while this particular trick can be dangerous to the seals (scientists have been having to remove the dead eels) the pictures on CNN are quite comical.

Apparently, teenagers are the same everywhere.