Save the Pollinators, Save the Planet 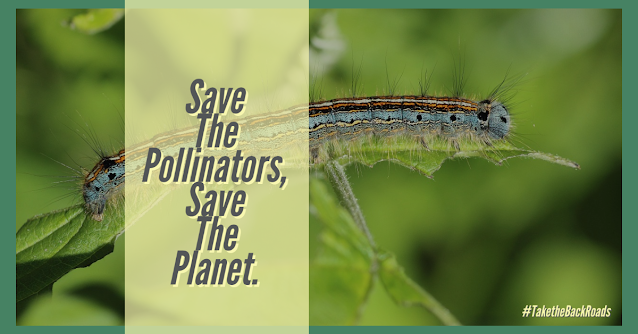 The article discusses an almost 80% decrease in insect populations worldwide, and while most of us recognize the well-publicized decline in the honey bee population, I don't think all of us realized that this population decline was occurring to all insects (at least I didn't). Bees, as pollinators also get most of the public's attention because their decline will impact our food growth and production, but the often-ignored earthworm, ant, and beetle populations are also declining, and without these insects, we will end up wallowing in our own decay.  Insects are also an important source of food for birds and fish, so a decline in the insect populations will begin to cascade up the food chain.

The article taught me a new term, "functional extinction".  This term is being used to describe the ecological consequences that begin to occur when a species numbers drop low enough that they are no longer contributing to their assigned roles in the circle of life.

The article points out that while it is easy to draw attention to the rare or cute species whose total extinction is looming, every day and common species declines are being overlooked, and it is those species whose declines will provide the most direct impact to our immediate environments.

The article didn't supply much in the way of a solution. But, I think that on a local and individual scale we can encourage insect habitats within our own gardens by companion planting, mulching, and composting.  I seriously think there are enough home gardeners to make a difference here.

And flower planting, because everyone (including insects) loves flowers.