Solitude and Singing Off Key - The Tale of the Loneliest Whale 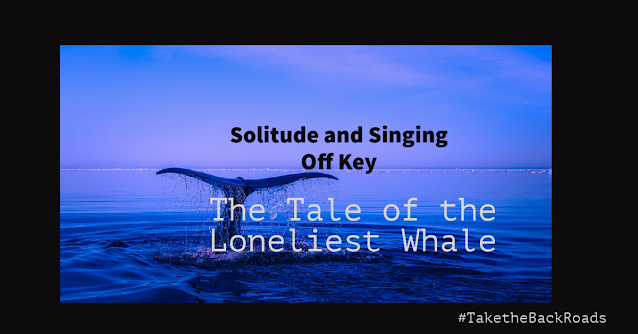 Don't you hate solving the world's problems at 3am?  My 3am problem was trying to figure out how whales make friends.

It began after viewing a Twitter post from the British show Quite Interesting about the "loneliest whale".  There is a whale that sings off-key.  Just one.  Most whales sing between 10 to 30 Hz.  This whale sings at 52 Hz.  The poor whale has been dubbed the "loneliest whale" ever since its discovery by the US Navy around 1989.

I felt really bad for the poor whale, but after further research, I found out the story is not as sad as it originally sounds. Whale experts said that other whales can still hear this whale and so it would still be able to communicate and make friends.

And scientists do think it made friends.  Recently, they have heard something they think is another whale, who also sings at 52 Hz, meaning they think this off-key whale may have had a baby.