Should We Be Rock Stacking - Yes or No? 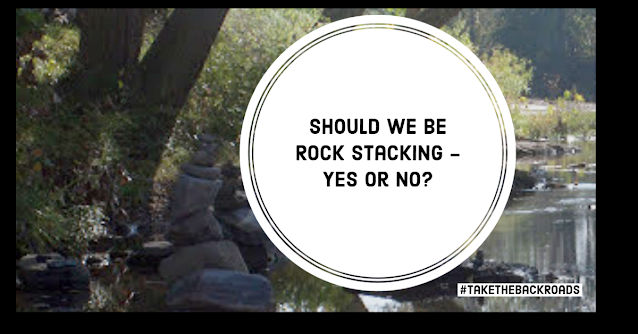 Rock stacking has become such a trend and you can't seem to go anywhere without finding one.

Apparently, there is some controversy about them.  Traditionally, they were used for cairns and as trail markers, but now, they are just an outlet for creativity.

Technically, they violate the "leave no trace" rule, but, I am inclined to accept them, at least, in areas that this one was found.

This was an "inner city" nature spot and placing one here is really no big deal and they are often quite pretty.   But, within the trail systems, particularly backpacking trails, I disagree with their placement. In those scenarios, they should be only be used in the traditional sense, although now, a backpacker can no longer rely on them.

What do you think?